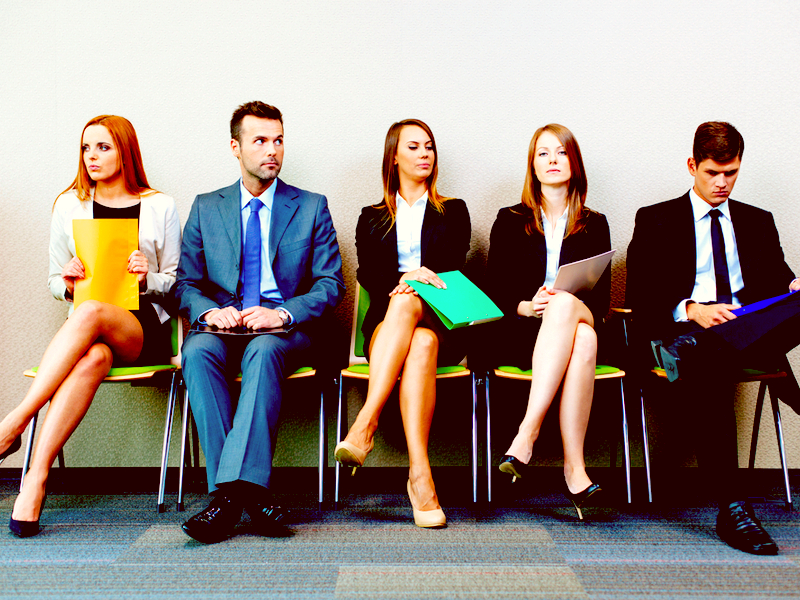 No matter what your business, assembling the right team is fundamental. Whoever you hire should make your professional life easier by just doing their job well.

It sounds simple, but good help is hard to find.

That said, asking the right job interview questions when you conduct interviews is a surefire way to separate the wheat from the chaff (well, most of the time).

Remember: interviewing is stressful for all parties involved. You’re both sizing each other up and, in the back of your mind, asking yourself, ‘Can I really see this person every…single…day?’

Interviewing candidates for a job is (sort of) like going on a series of unromantic blind dates but then you have to marry one at the end. To ensure your next hire is both someone you can stand to work and a worthwhile addition to the team, rely on these handy  job interview questions.

This seems like an obvious job interview question, but it’s precisely for that reason it’s so often overlooked. A good job candidate will be ready with an answer. But timing here is key: you should ask this question towards the end of your conversation, after you’ve explained the nature of your business and your expectations for the role. That way, the interviewee will have a clear sense of why you need to hire someone (read: what problem you hope to solve). The best candidate will be able to convincingly tell you why they are the solution you’re looking for and, hopefully, be able to cite examples from previous work experience to illustrate his or her points.

2. If you were an animal, what kind would you be?

This silly question serves a couple purposes. For one, it puts the interviewee on his or her toes. They probably haven’t prepared a canned answer to this one.

Secondly, it serves to lighten the mood and loosen the tension. You should aim to have a genuine conversation with this person, not a stilted dialogue during which you trade well-rehearsed lines. To that end, it often helps to throw in a less serious question.

Plus, it may shed some light on what your candidate’s personality is really like.

Word to the wise: Easy there, Dr. Freud. Just because someone says they’re an eagle, doesn’t mean they’re vigilant (or can fly, etc.). If you’re looking for a leader, ask questions about leadership qualities. Don’t hire the candidate who says they’d be a lion, and don’t necessarily write off one who says they’d be an armadillo (but maybe do).

3. Have you ever had to deal with an unpleasant person in a professional setting? If so, how did you handle it?

This question should spur a revealing answer. First, you’ll get a sense of what they consider to be ‘an unpleasant person.’

If their threshold for unpleasantness leads them to cite a particular coworker who wore an irritating series of brightly coloured wooly sweaters all winter, then you may be speaking to a high-maintenance employee.

The best case here is that they say, ‘Yes, I did have a difficult coworker, but I always kept a cool head and stayed professional.’

4. What is the biggest misconception people have about you?

This question is useful and a slight honing of the cliche, ‘What would you say your biggest weakness is?’

The idea here is to get a better answer to roughly the same question by putting the interviewee (slightly) on the spot. You can gague their self-awareness and inspect how they handle themselves when forced to think on their feet.

Of course, many candidates will say things like, ‘People say I’m too nice.’ But that’s just because they had that answer locked-and-loaded for the question they thought you’d ask about their strengths/weaknesses (which, by the way, never ask that).

But this question also provides an opening for the interviewee to correct any misconceptions you might have about them in that moment. Perhaps you attributed their shaky hands to being nervous, but they actually have an otherwise benign medical condition. Now you know.

Final tip for this inquiry: Don’t hire anyone who says, ‘Everyone thinks I’m lazy, but…’

Nope. Stop. They are lazy.

5. What accomplishment are you most proud of?

Ask this question to get a sense of what really matters to interviewees. What are their values? How do they think about themselves? What motivates them? How do they go about achieving things?

Sidenote: Probably don’t hire anyone who fails to list an accomplishment.

6. Tell me about a time you failed and how you handled it.

Everyone fails at things, but what distinguishes the people you want to hire from those you don’t is how they’ve dealt with failure. Did they forget a decimal place and cost their company a lot of money? Did they own up to it right away or resign in disgrace? Did they do anything to fix it? Did they learn anything from the experience?

No one is perfect and whoever you hire likely won’t know how to do the job exactly how you want it done. But you should hire someone who freely recognises when they’ve made a mistake, takes ownership of it, and then identifies constructive ways to address the situation — even if that just means moving forward with a new lesson learned.

Watch out for: anyone who tells you about a perceived failure that wasn’t really their fault. First off, that’s not what you asked them. Secondly, that’s not an attitude that allows for much in the way of improvement. Personal growth begins with personal responsibility.

7. Is there anything else I haven’t asked you, but should?

This question gives the interviewee a chance to highlight attributes they may have but you’ve not yet discussed. It also gives you a sense of how engaged they are.

Given the nerve-wracking nature of interviews, they may shy away from telling you what question you’ve forgotten to ask. That’s OK. Job interview questions are supposed to be tough.

But they should have some questions of their own. Interviewing, after all, is a two-way street. The right job candidate will be looking for a good fit, not just a new gig. You should be prepared and receptive to questions about what the job they’re applying for entails and what it’s like to work with you or at your establishment.

John Marshall
brunodionmarsh
John Marshall is a writer, editor and strategist now based in London. His work features on TimeOut (New York), Thrillist, The Huffington Post, and MTV Networks, among others. Follow him @brunodionmarsh